Art Show at Theatre In The Round 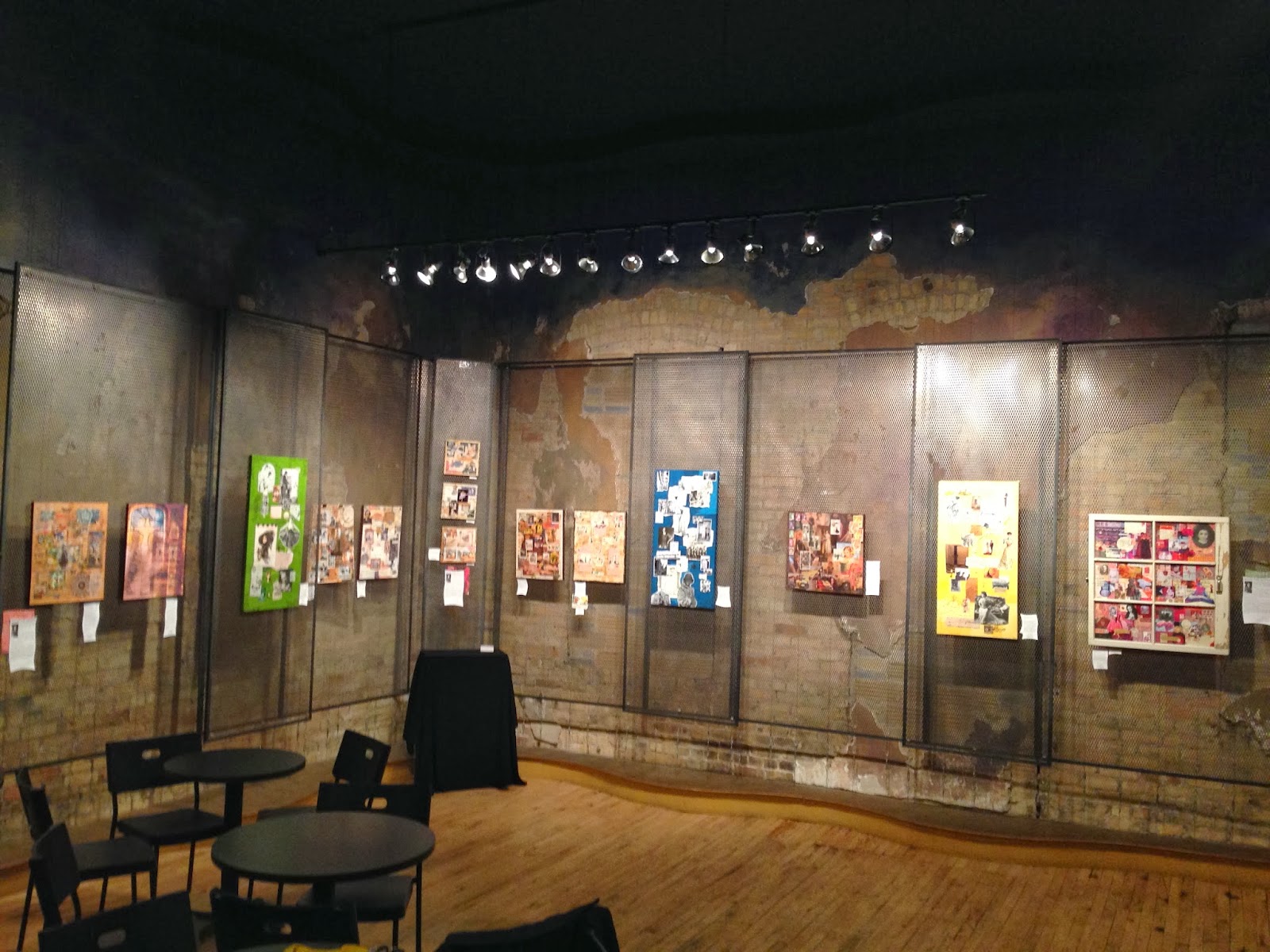 Well, my art is hanging at Theatre in the Round until March 10th. How about that?

It’s been a long time since my art has hung anywhere. #gradschool.

You can go check it out even if you don’t have theater tickets. Just tell the box office you want to see the art. But you should get tickets to a show because everything this theater does is amazing and high quality. The people working hard to keep that place humming are inspirational.

Thank you Theatre In The Round for hosting my art show.

Have a Wonderful Wintry Day!
Posted by Anna Palmquist at 10:50 AM No comments: 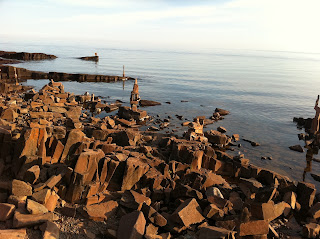 There is a town called Grand Marais in northern Minnesota. It’s our midwestern version of a little coastal town with its Lake Superior harbor. Where the water meets the land, there are these huge slabs of reddish brown rock that are chipping apart. I’ve climbed on these rocks on multiple vacations, so I was surprised to see the addition of about 20 rock sculptures built along the coast. One was a complex stack of hundreds of rocks forming a gravity-defying arch that was taller than a person. Most were just a few rocks stacked precariously on top of each other.  A couple were built in little pools that form in the low parts of the slabs so that the reflections were part of the sculptures.
It was such an odd and beautiful thing to stumble upon a place I thought I knew by heart. Here is how I imagine it happening: Someone earlier that day or week decides to collect some rocks and build a sculpture. Then someone else comes along, sees the tower, and has to build their own. More and more people come along, wanting to create one higher, simpler, better, or worse until there is this random collection of rock art.
I want to use the word “inspire” to describe what happened next, but here’s the thing: “inspire” is a terrible word. It’s been overused, especially in reference to bad high school poetry. That word doesn’t hold any connotation that can convey the feeling I had. All I know is that when I saw those things, I had to make one myself.  Here’s mine: 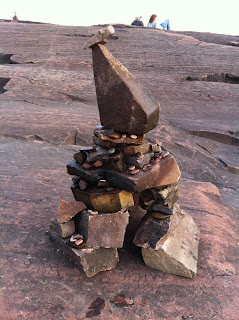 I can’t sell this thing. It’s not going to make me famous or get people to follow me on Twitter. It’s anonymous creation for the pure and simple need to create, and the only thing that comes from it is that those who pass by can enjoy it.
Don’t misunderstand me. I’m not trying to say, “Ohhh look at me. I’m so pure.” The truth is actually the opposite. I love making collages, but always in the back on my mind, I’m thinking, “Will this sell? Will buyers like this?” I’m not a sell-out, but I also understand that this is a business, and I need to keep my audience in mind. There is a delicate balance between expressing myself with scraps of paper glued on a canvas while also keeping in mind that I am making a product.
But these rock sculptures are in no way a product. It’s just a bunch of people making rock towers, feeding off of each other, being inspired by each other, and somehow it almost means more than something you can slap your name on or sell.
Posted by Anna Palmquist at 6:46 PM No comments: 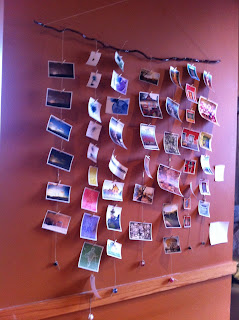 
I've got my art up at the Dunn Brother's Freight House (201 3rd Ave South downtown Minneapolis) so go check it out. It will be up for the whole month of October, and if you're there in the morning, I might be serving coffee, so say HI! 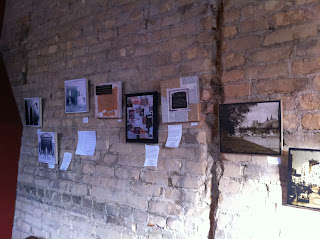 Hello,
And welcome to my first blog post which is announcing the launch of my website as well as Art-A-Whirl, which I will be showing at in two locations.
I will have 4 pieces at Mercy Vineyard Church:
1121 Jackson St NE, #130Minneapolis, MN 55413
The rest of my show will be at the
Q.arma Building:
1224 Quincy Street NE
Minneapolis, MN 55413
The hours are Friday 5pm to 10pm, Saturday 12-8pm, and Sunday 12-5pm
Hope you can come visit with me!
Here's a bit about the show:
Art-A-Whirl is an annual event that welcomes local and regional visitors to Northeast Minneapolis to see the art being made in this area and to meet the artists. As visitors come to see the art over the three-day weekend they also experience the unique and welcoming community of Northeast Minneapolis. 500 artists participate in AAW, including potters, tile makers, painters, sculptors, musicians, photographers, glass blowers, printmakers, and textile designers.  They showcase their art in warehouses, galleries, homes, storefronts and cafes.
Posted by Anna Palmquist at 11:50 AM No comments:

Anna Palmquist
Minneapolis, Minneasota, United States
Read about my process, upcoming events, or whatever was on my mind at the moment.

Me in my "studio" or second bedroom of my apartment that is also my husband's office.